New Tour | Craftsmanship at Glencairn: Five Artists | Kids Out and About Philadelphia 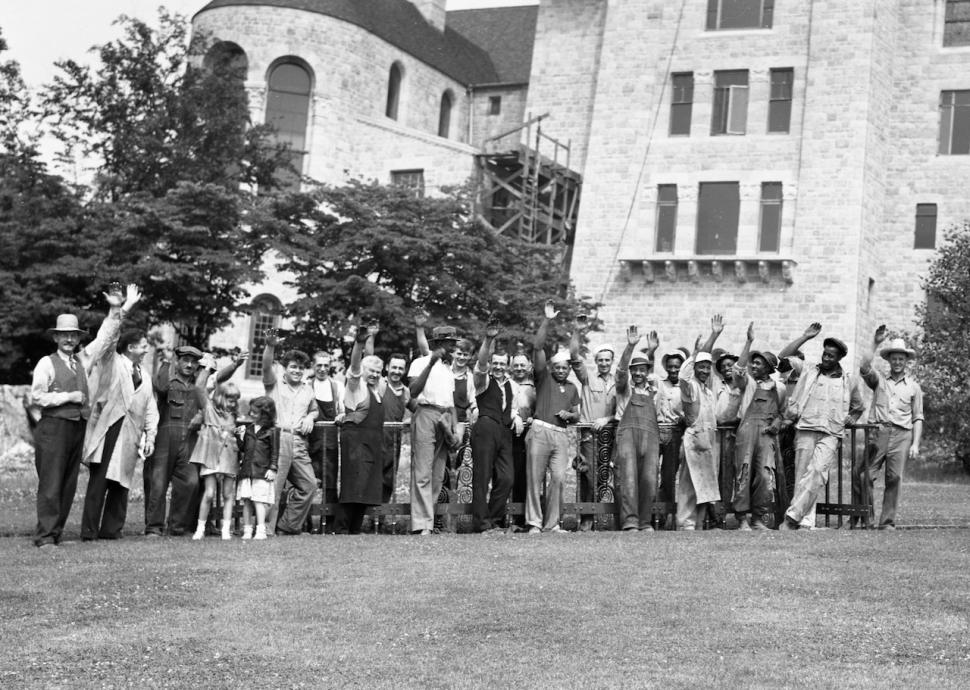 Features outstanding artworks in stone, wood, metal, and glass, produced by five different Glencairn artists and the symbolic themes chosen by their employer, Raymond Pitcairn.
Click here for more information about this activity
Please help us keep this calendar up to date! If this activity is sold out, canceled, or otherwise needs alteration, email mindy@kidsoutandabout.com so we can update it immediately.

Tuesdays through Sundays at 1:30 pm

$12 Adults, $10 Seniors/Students 5 and up. Free Museum Members/Children 4 and under.

Around every corner in Glencairn, visitors encounter remarkable examples of early 20th-century craftsmanship—in metal, stained glass, mosaic, stone, and wood. Craftsmanship at Glencairn: Five Artists is a guided tour and exhibit that explores the work of five artists who worked at Glencairn, the castle-like home built by Raymond Pitcairn for his family (completed in 1939). Well over one hundred artists, architects, and laborers contributed to the construction of Glencairn, which took more than a decade to complete. Without the efforts of all of them working together, the Pitcairns’ remarkable home could not have become a reality.

Pitcairn had previously established a variety of workshops adjacent to the building site of Bryn Athyn Cathedral (dedicated 1919), including an architectural studio, a modeling shop, a metal shop, a stained-glass studio and glassworks, a stone shop, and a wood shop. These same shops—and many of the same artists—were also used to create artwork for Glencairn. The guided tour, which will explore the Great Hall and Upper Hall on the first floor, the main bedroom on the third floor, the Chapel on the fifth floor, and the observation deck at the top of the tower, will introduce visitors to works by Parke E. Edwards (metalwork), Winfred S. Hyatt (stained glass), Robert G. Glenn (mosaic), Benjamin A. Tweedale (stone carving), and Frank Jeck (woodcarving).

For more information and tickets: https://glencairnmuseum.org/craftsmanship-at-glencairn-five-artists-tour