Top 20 Places to Take Kids in and around Philadelphia - 2020

2020's Best Places for Kids in the Philadelphia region!

The best places to take kids in and around Philadelphia, based on KidsOutAndAbout's annual reader survey. But there is LOTS more to do in and around Philly! Get great ideas here at KidsOutAndAbout.com! What is listed below are just the starting point: Browse through our site to find lots more, check out our packed daily calendar, sign up for our free weekly e-newsletter, and be sure to visit our Everything That's Free page.

Situated on 42 acres of beautiful gardens, the Philadelphia Zoo, America's first zoo, is home to nearly 1,300 animals, many rare and endangered. 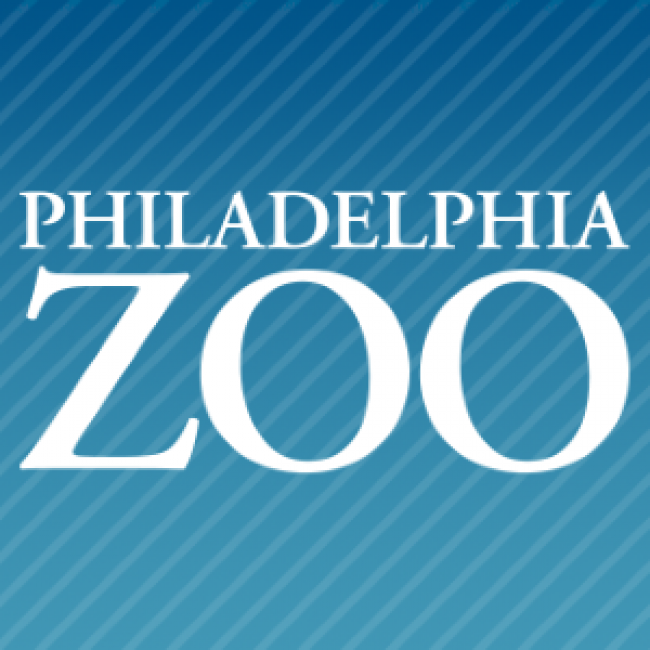 Adventure Aquarium is just minutes from downtown Philadelphia on the Camden Waterfront and features one-of-a-kind exhibits with more than 15,000 aquatic species throughout two million gallons of water. The Aquarium is home to the largest collection of sharks on the East Coast, including the only great hammerhead shark on exhibit in the United States, the only aquarium in the world to exhibit hippos, one of only six facilities in the US to have little blue penguins as permanent residents and exhibits the longest Shark Bridge in the world, a unique V-shaped rope suspension bridge just inches over Shark Realm. 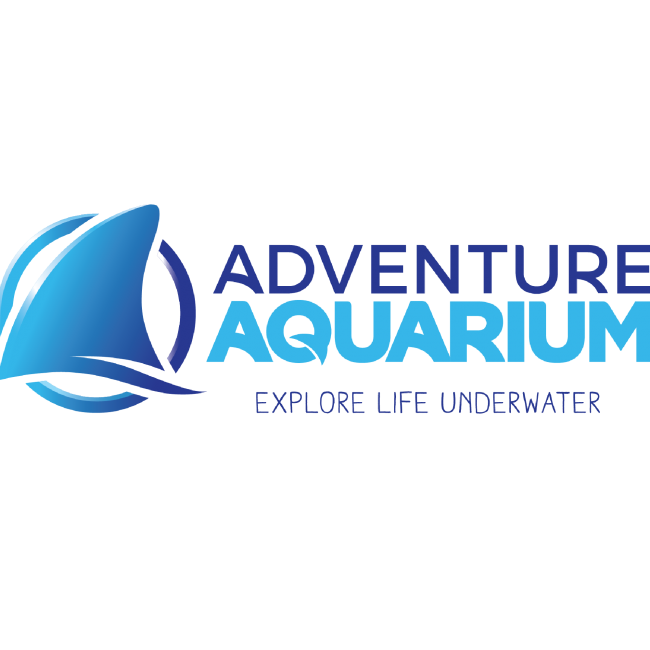 Please Touch Museum’s mission is to change a child’s life as they discover the power of learning through play. Recognized locally and nationally as one of the best children’s museums, Please Touch Museum has two floors of fun, engaging exhibits — allowing children to pursue their curiosity and explore the wonder of the world around them. For more information, please call 215-581-3181 or visit our website at www.pleasetouchmuseum.org. 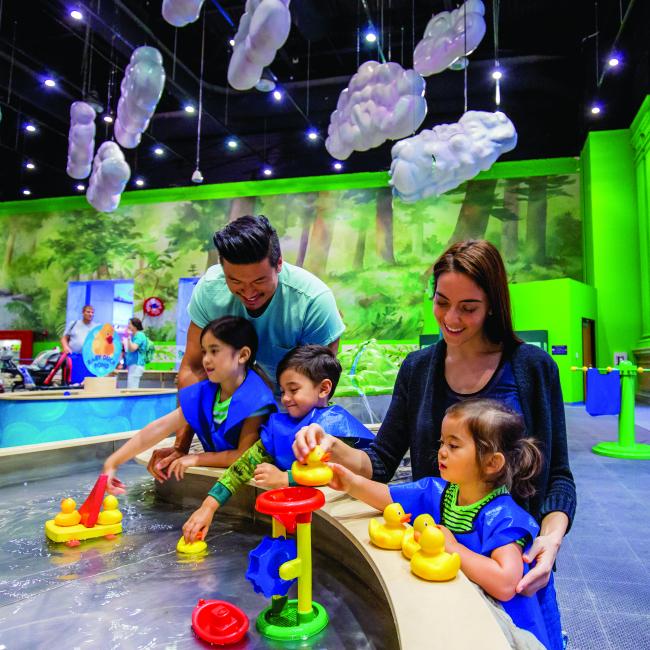 Of course, the libraries in the Philadelphia area are not really ONE place, but MANY places... but it's important to emphasize how valuable libraries are for family learning and fun. The libraries in our area are wonderful about posting their events to the KidsOutAndAbout calendar so you always can get ideas for free things to do with your kids that celebrate education and imagination. KidsOutAndAbout.com takes this opportunity to salute the wonderful children's librarians who serve our community with such dedication. They're proud that locals voted them to the list of the best places to take kids this year!

Libraries In The Philadelphia Area 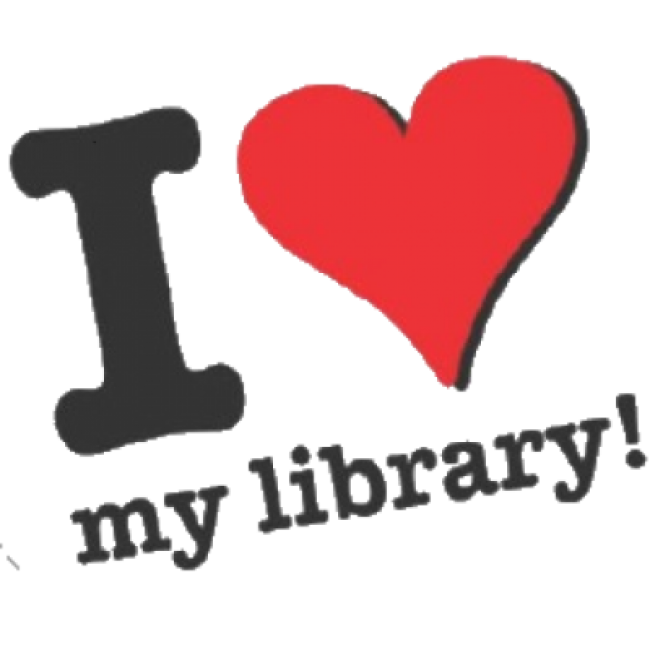 As the most visited museum in the Commonwealth of Pennsylvania and a top-five tourist destination in the City of Philadelphia, The Franklin Institute is one of the leading science centers in the country, and serves as both a prominent educational and cultural resource, and as an anchor of the local economy. 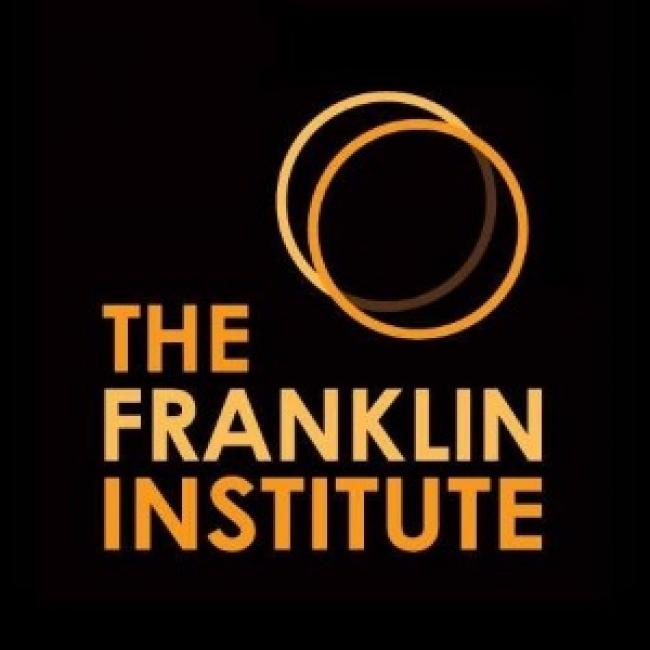 Experience the world of Longwood Gardens . . . a place to see dazzling displays that elevate the art of horticulture . . . a place to enjoy performances that inspire . . . a place to watch majestic fountains spring to life . . . a place to relax and reconnect with nature. Discover our storied heritage and the indelible mark of our founder, Pierre S. du Pont, which guides us today. Explore one of the great gardens of the world, from our 4-acre Conservatory to the splendor of our outdoor gardens spanning 1,077 acres. Step out of your world and into ours . . . where the living things that surround you make you feel more alive. Longwood Gardens is nestled in the heart of the Brandywine Valley in Kennett Square, PA.

We are Philadelphia’s art museum. A world-renowned collection. A landmark building. A place that welcomes everyone. We bring the arts to life, inspiring visitors—through scholarly study and creative play—to discover the spirit of imagination that lies in everyone. We connect people with the arts in rich and varied ways, making the experience of the Museum surprising, lively, and always memorable. We are committed to inviting visitors to see the world—and themselves—anew through the beauty and expressive power of the arts. 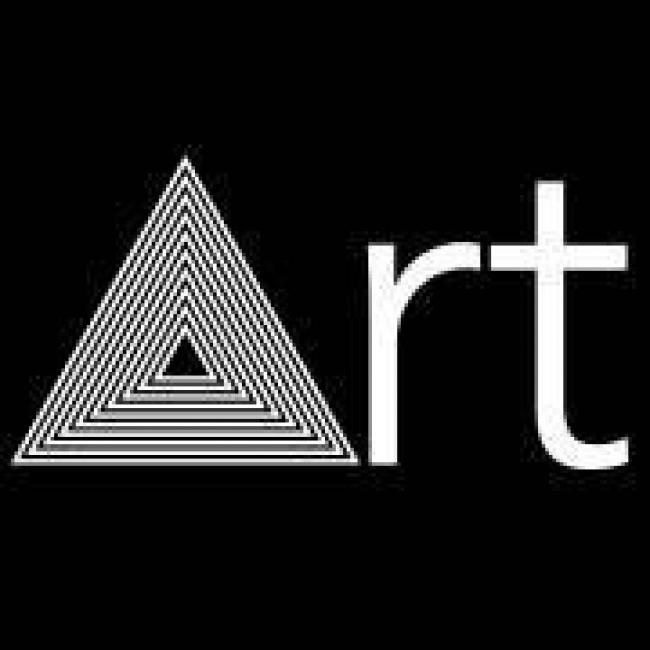 Dutch Wonderland is the Pennsylvania theme park designed for families with young children in mind. With over 35 fun-filled rides and attractions, Duke’s Lagoon water play area, and live entertainment, Dutch Wonderland offers a host of fun things to see and do.

Elmwood Park Zoo was founded in 1924, when a private landowner donated a small piece of property and a handful of white-tailed deer to the Borough of Norristown. Run by the Borough as a division of Elmwood Park, the Zoo exhibited a collection of animals throughout the 1920s, including monkeys, bears, peacocks, deer, raccoons, and rabbits. Popular for its exhibits, the Zoo was also a destination because of the natural spring that provided clean water to borough residents. 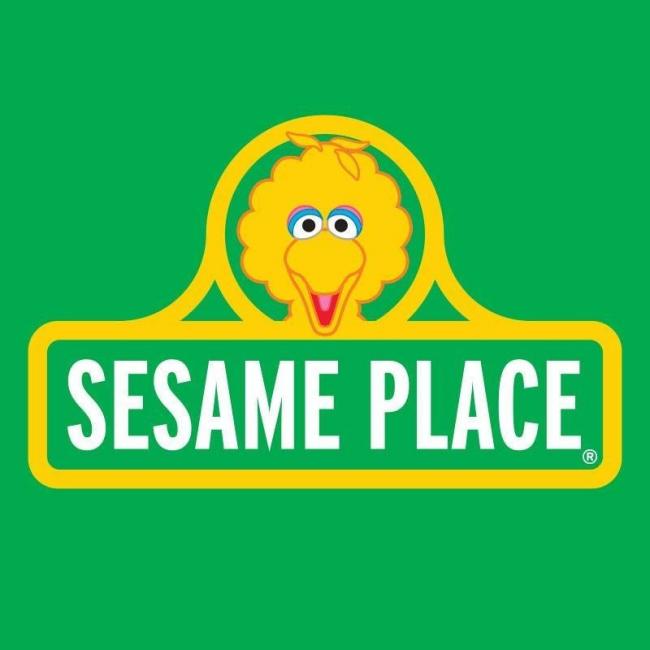 Smith Memorial Playground & Playhouse is a non-profit organization located in Philadelphia’s East Fairmount Park. Founded in 1899, Smith welcomes visitors from more than 500 zip code areas including every zip code in Philadelphia. The mission of Smith is to provide and promote opportunities for unstructured free play for children. Smith contributes to the development of healthy children, strong families, and safe communities by maintaining a proud tradition of free family admission, partnering with community-based organizations to reach a diverse audience, and advocating for the importance of play.

Arden Theatre Company is dedicated to bringing to life great stories by great storytellers – on the stage, in the classroom and in the community. We produce a wide range of stories in a variety of styles: classic and contemporary, intimate and epic, fiction and nonfiction, musical and dramatic. Producing the great playwrights allows us to measure ourselves against the masters of our craft, while sharing the voices of new writers gives us the opportunity to shape the future of American theatre. We embrace stories for audiences of all ages and bring the same artistic quality to all our work.

Kids are celebrated at the Arden. We nurture curiosity, creativity and confidence through our educational programming. We foster connections between theatre and reading and promote literacy for our young audiences. We reach thousands of students each year, introducing many of our region’s kids to theatre for the first time. 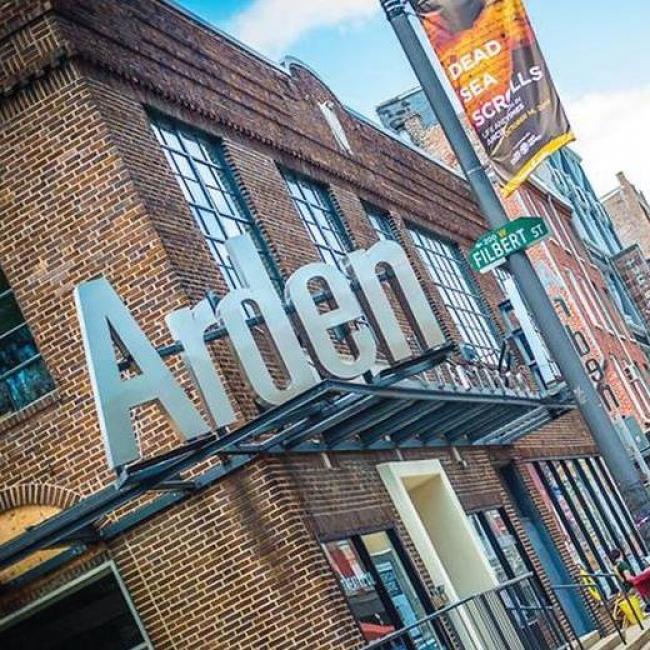 Discover the magic of color at Crayola Experience, Crayola’s premier, one-of-a-kind family attraction! Dozens of hands-on, creative activities and a full day of fun awaits families in Easton, Pa., just a short drive away from Philadelphia and New York City. Bigger, brighter and bolder than ever, the colorful adventures of Crayola Experience help kids and adults alike explore art and technology, express their creativity and experience color in a whole new way.

Morris Arboretum of the University of Pennsylvania

Morris Arboretum of the University of Pennsylvania is a 92-acre garden that offers an ever-changing landscape complete with winding paths, colorful gardens, champion trees, and beautiful fountains. Its nationally award-winning exhibit Out on a Limb takes visitors 50 feet up into the treetops on a canopy walk that requires no climbing. An outdoor Garden Railway exhibit features a quarter-mile track with model trains, open all summer-long and during the holidays.Morris Arboretum is open 361 days a year. Check details at morrisarb.org.

Historic Philadelphia isn’t just a place. It’s an organization – check out the Once Upon A Nation Storytelling Benches where storytellers delight audiences with tales that didn't make it into the history books. Visit the Betsy Ross House to meet America's most famous flagmaker and head over to Franklin Square for a spin on the Parx Liberty Carousel or a round of Philly Mini Golf, topped off by a famous CakeShake from Square Burger.

The Delaware River Waterfront is a vibrant destination for recreational, cultural, and leisure activities for the residents & visitors of Philadelphia. We are here to bring you information about waterfront news, events and development. 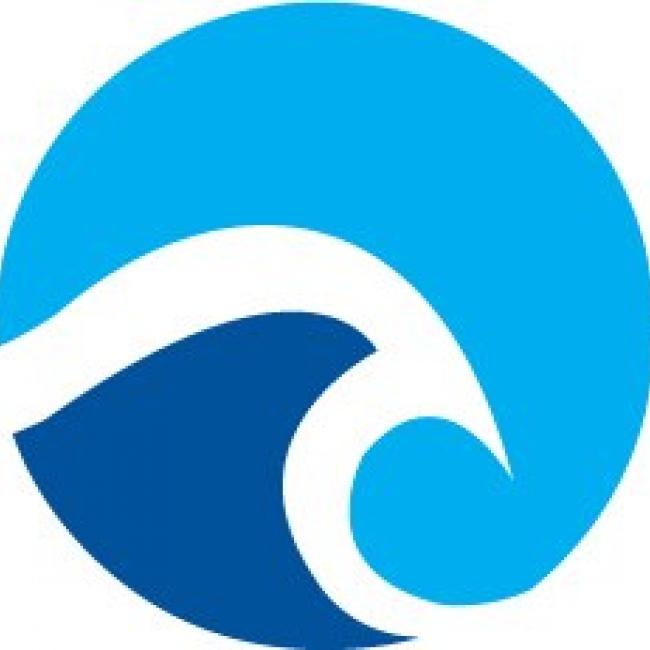 Eastern State Penitentiary was once the most famous prison in the world, but stands today in ruin, a haunting world of crumbling cellblocks & guard towers.

Philadelphia’s Magic Gardens (PMG) is an immersive mixed media art environment that is completely covered with mosaics. The creator, Isaiah Zagar, used handmade tiles, bottles, bicycle wheels, mirror, and international folk art to chronicle his life and influences. The space is made up of two indoor galleries and a bi-level outdoor sculpture garden.

Founded in 1976 in celebration of the nation's Bicentennial, the African American Museum in Philadelphia (AAMP) is the first institution funded and built by a major municipality to preserve, interpret and exhibit the heritage of African Americans. Throughout its evolution, the museum has objectively interpreted and presented the achievements and aspirations of African Americans from pre-colonial times to the current day. The museum is committed to telling the story of African Americans in all its permutations: family life, the Civil Rights movement, arts and entertainment, sports, medicine, architecture, politics, religion, law and technology. The AAMP currently houses four galleries and an auditorium, each of which offer exhibitions anchored by one of our three dominant themes: the African Diaspora, the Philadelphia Story, and the Contemporary Narrative.

The Academy of Natural Sciences of Drexel University

Founded in 1812, the Academy of Natural Sciences of Drexel University is a leading natural history museum dedicated to advancing research, education, and public engagement in biodiversity and environmental science. Visitors to the Academy have the opportunity to get face-to-face with towering dinosaurs, meet live animals, and explore a tropical garden filled with live butterflies. Philadelphia’s natural history museum offers surprises for all ages, from changing interactive science exhibits to a children’s discovery center, a fossil dig, and opportunities to interact with real science experts. 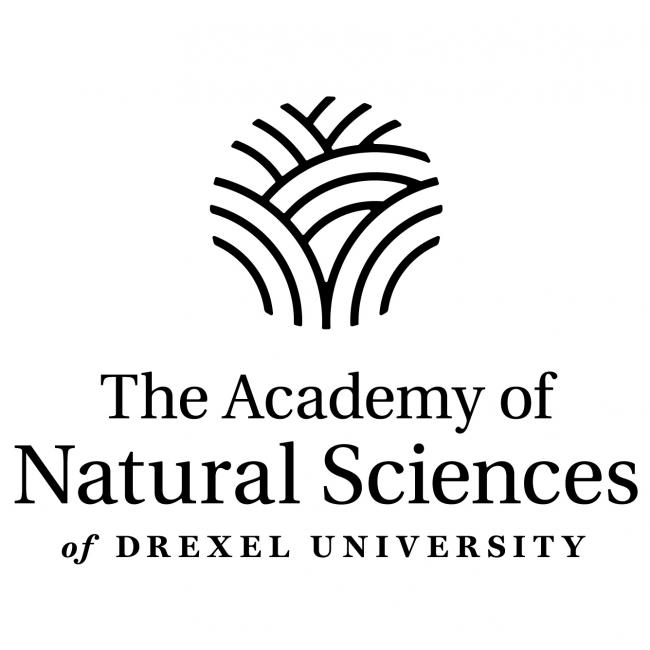 At MacGuffin Theatre and Film Company, we grow actors! We give young people a place to experience the entire acting process of theater and film, performing in original and adapted works that speak to the challenges that face our students and community. Our inclusive education and producing company creates a supportive, dynamic space for students as they discover their identity, gain self-confidence, and become advocates for the arts.

We are committed to nurturing the potential of kids, promoting healthy living and fostering a sense of social responsibility.