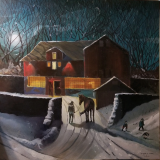 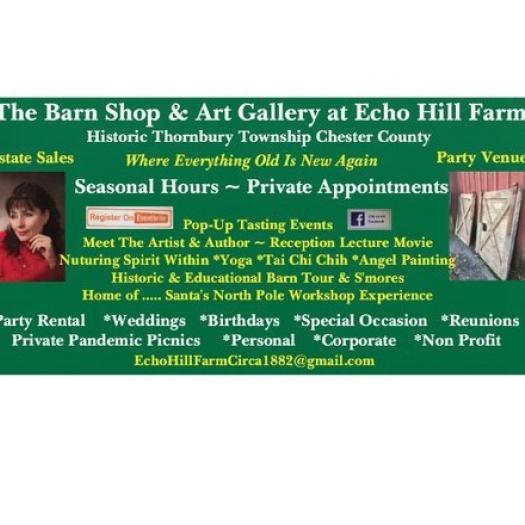 Open to the Community for the first time in 150 years, Echo Hill Farm dates back to a small log barn structure in the mid-1700's. 40 years ago, this property was The Squire Equestrian Center and prior to that it was a Dairy Farm, before pasteurized milk in the 1950's.
Click For More Information

Echo Hill Farm dates back to a small log barn structure in the mid-1700's. 40 years ago, this property was The Squire Equestrian Center and prior to that it was a Dairy Farm, before pastureized milk in the 1950's.

From Washington to Wyeth, Echo Hill Farm is located in the immediate vicinity of many of our nation’s historic events and markers on trails of The Lenni Lenape Indians, The American Revolutionary War’s Battle of Brandywine, The Dilworthtown Tavern (now Inn), The Hospital for General George Washington’s soldiers, The 1st United States Post Office, The Underground Railroad, and Jill Clayburgh. This is an historical prospectus of the ‘neighborhood’ structures surrounding Echo Hill Farm from across the street to only a few miles away. Delaware County, Chester County borders did not exist at the time.
1687 The William Penn Years & Lenni Lenape Indians Origins of 1357 Land Thornbury Township was organized and only six families were living in the township. The Lenni Lenape Indians were the inhabitants of this area. One of the earliest and most influential residents was George Pearce, who came from England with William Penn in 1682. Penn gave Pearce about 1,000 acres and the privilege of naming the township. Pearce named the township Thornbury after his wife’s family’s estate in Gloucester, England. The English settlers in Thornbury Township were principally interested in agriculture and agriculturally-related industries and remained a rural agricultural community until the mid 1950’s. The township was well suited for agriculture with its gently rolling hills, fertile soils and abundance of water, mild climate and access to large market.

All sales and donations go toward Barn Preservation

You have no education resources added; you can add one here.